One of the fun things I did with my grandson, Kiefer, and my daughter's boyfriend, Randy, was to go to an old car show.  It was held at a drive-in restaurant that has been in existence since the 1950's.  They still serve food and were playing 50's music. It was fun to see all the old cars, since I grew up in the 50's.  I'm not sure what the oldest car there was. 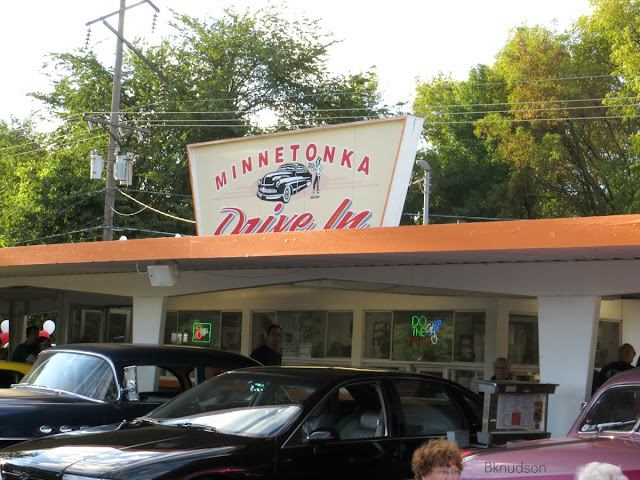 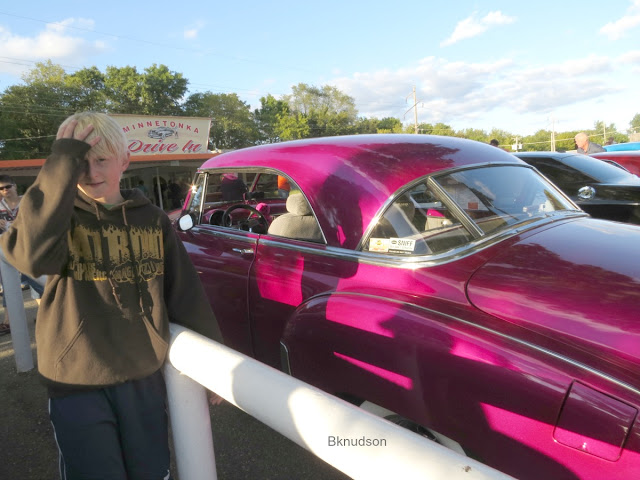 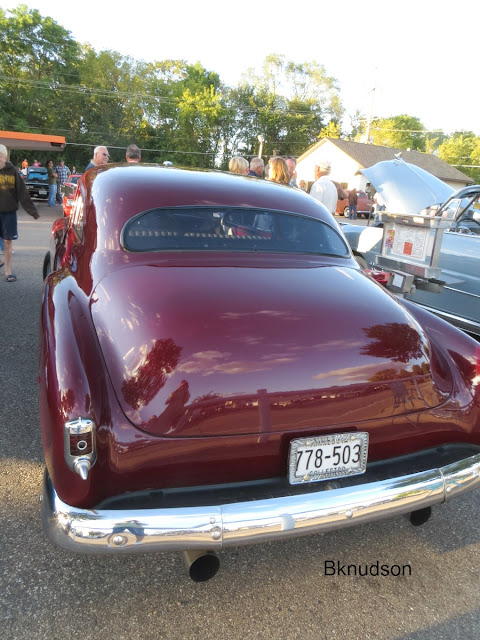 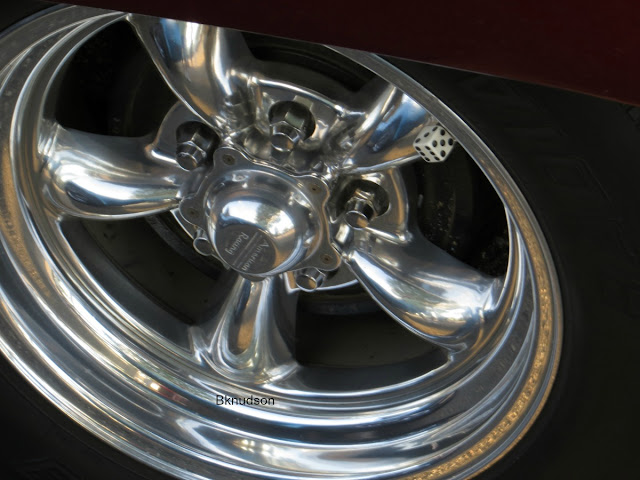 Here are a few of the other cars that were there. 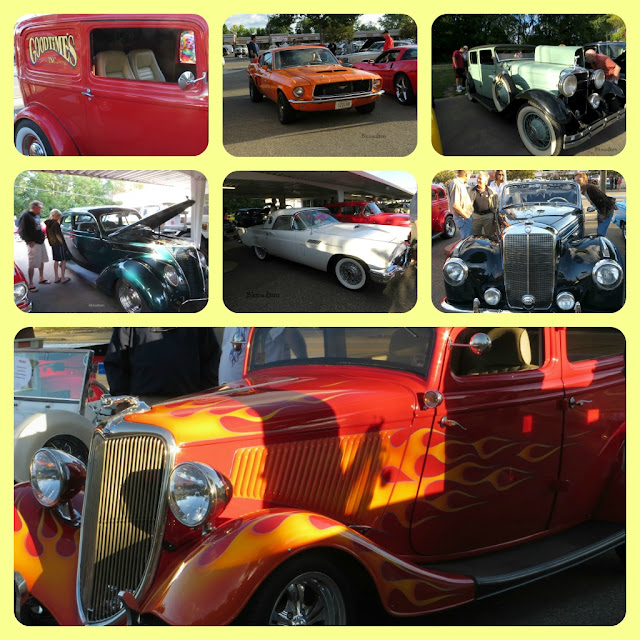 There were many more cars.  I just couldn't photograph them all.   I hope you enjoyed seeing them as much as I did.


Thanks for stopping by.  Until next time.

Barb
Posted by Grandma Barb's This and That at 7:29 PM

That is such a cool drive-in! We don't have anything like that near here. Wish we did, I would go there. I love the color of Randy's car. Have a great week!

What a neat drive-in...My sister used to live in Minnetonka.

Way too cool! Love that car..and Kiefer is so handsome! Take care, Janice

What a great place! My dad and I always enjoyed car shows. I would love to have the old Thunderbird!

It's always fun to go back and visit yesteryear. That "restaurant" looks a lot like my teenage hangout!

you can't help but admire them! and what a cute little blondie you have, there!

I grew up in the Drive-in era too...and loved it! This is a great post...can tell you guys had fun and made some memories!

aaah, the drive-ins, bygone days.... Great idea to turn it into a drive-in-restaurant, and the venue for the car show. Randy's car is quite colourful!

I love to see the old time drive-ins and the old cars are an added bonus!

There's a wee drive-in in a nearby town that hosts monthly old car shows; I really enjoy driving by and seeing the various vehicles. My high point was spotting a completely restored Indian motorcycle, my Dad loved them.

What a handsome tow-headed grandson you have!

We always enjoy looking at the old cars, too. We have a show in town every year. This year it was rained out (2 wks ago). Neat to have yours at an old drive in. My first job was as an A&W drive-in waitress.

how fun!! I have a son who loves those old cool cars...he gets so excited when he sees one and somehow he knows all kinds of stuff about the make...he would love that drive-in!!

Love the color of Randy's car what fun having it at the car hop. I would have loved being a teen in the late 50's early 60's. It's nice that Kiefer is getting to see and spend time around such fabulous automobiles and people like you Grandma Barb.
hugs, Cherry

How fun for you to reminisce about your youth via this event. Awesome cars.

What fun!
Isn't it great to see those old cars?!
I'm just so happy when folks decide to keep and fix up the old cars.
Imagine what we'd all miss out on, it those old cars were turned into scrap!! Yikes!!

Looks like a great place to go, and a lot of great old cars to appreciate.

Joe and I love old cars. These are great Barb. Love that diner:)

Beautiful cars! My husband loves classic cars and we've been to a few car museums in our area, and it's always fun. Thank you for stopping by my blog and leaving a sweet comment--I appreciate it very much!

I love old cars from the 50s. I was a kid then and we used to go to the drive-in for hamburgers every Saturday. The good old days :)

coool cars! Car Shows at a Drive-In, nothing better!

Thanks for noticing my grandkidlette's gorgeous eyes. ya, they melt me.

We have a drive up restaurant with that 50's look here that host a car show each spring.

It is always a lot of fun to attend.

Great shots of the beautiful old cars.
Have a great weekend.
Mette

What fun! Wonderful old cars and drive-in! Love that fuscia one!

Ah, that takes me back to my teen hangout! Great place for a car show. My hubby is a car buff, and we go to lots of shows and museums. Always fun to see what someone else is doing, and right now Marty is in his shop working on his current restoration. He's hoping to get it done soon....

How fun! We have a drive-in with car hops in town that's only open for the summer months. Great photos!