Christmas Eve was spent with my family at one of my daughter's.  After we ate our evening meal and had just started to open our White Elephant gifts we heard a noise at the front door.  What to our surprise, in came Santa, Mrs. Clause and two elves. 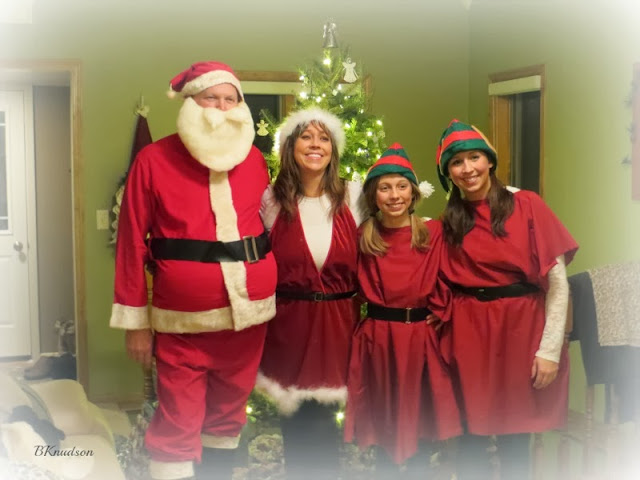 They brought gifts for those that had been nice.   The rest of us must have been naughty as we didn't get any.  Two of my daughters got to sit on Santa's lap and get their gifts. 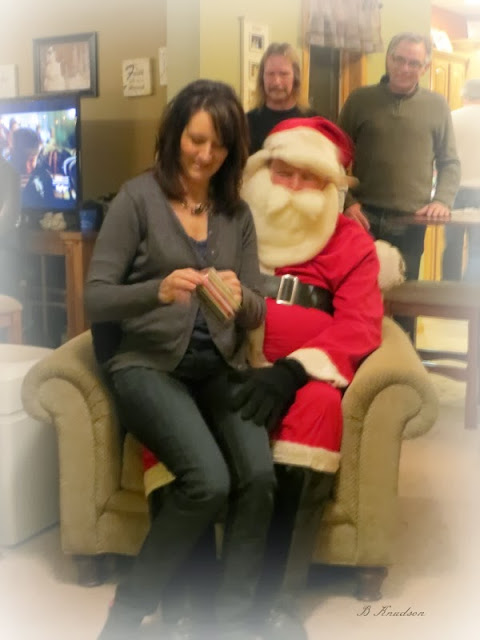 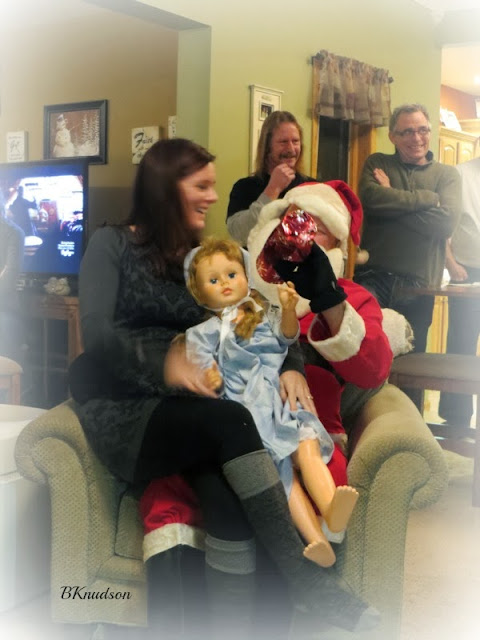 Then my daughter, Norma and her boyfriend were asked to sit by Santa.  Norma opened her gift of chocolates. 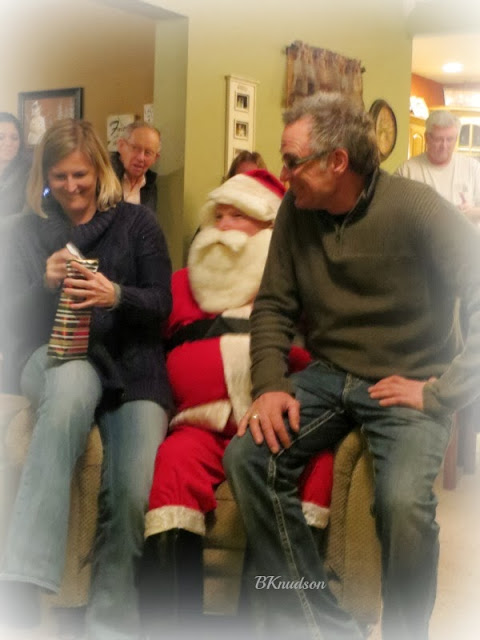 Then Randy opened his.  Inside was another box and he said, "oh, this one is for Norma" 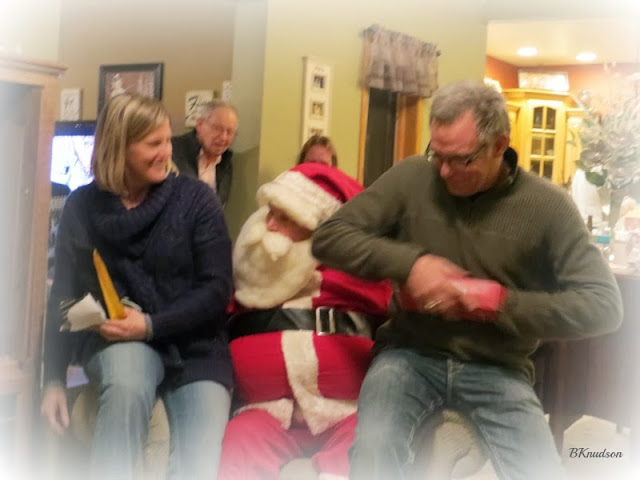 Then he opened the box, got down on one knee, held out a diamond, and asked her to marry him.  We were all so surprised, looking at each other and saying "is this for real"?  Yes it was for real and no one knew about it except Randy, Santa and his helpers.  I didn't even get a picture of him as he was proposing.  Santa brought champagne and we all toasted the happy couple.


Here is the happy couple with Santa and his helpers. 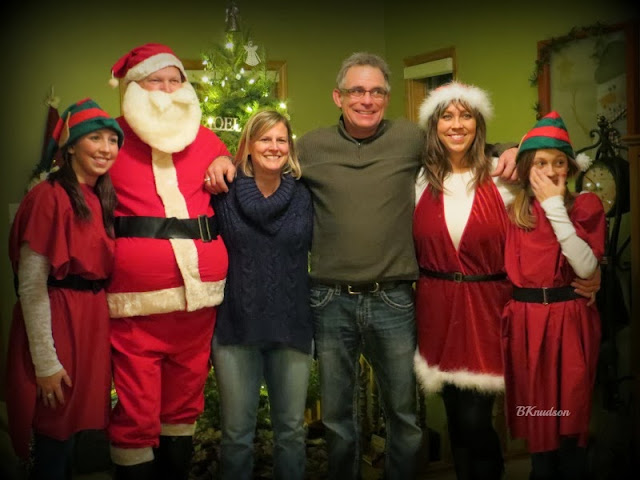 After all that excitement we went back to opening the White Elephant gifts.  In addition to that, I got some wonderful gifts from those amazing daughters of mine.  They gave me a new pair of PJ's, a gift certificate to a bed and breakfast, subscription to Lake Superior Magazine, and a gift certificate at Amazon.  I am going to use that to buy the book, "Are We Walking to Alaska" a true story written by my blog friend, JoAnn, at Scene Through My Eyes

I also spent Sunday and Monday with my friend, Eugene, and his family at the farm for their Christmas.  What a fun time that was and lots of good food!  My gift there was a gift certificate to the nursery for plants and flowers next summer.

I hope you all had as an amazing Christmas as I did with a few surprises too.


This will be my last post until 2014.
Wishing you all the best for the rest of this year and a Blessed 2014!
Until next time, thanks for visiting!
Barb

I didn't do much Christmas decorating this year but here are a few pictures of what I did do. 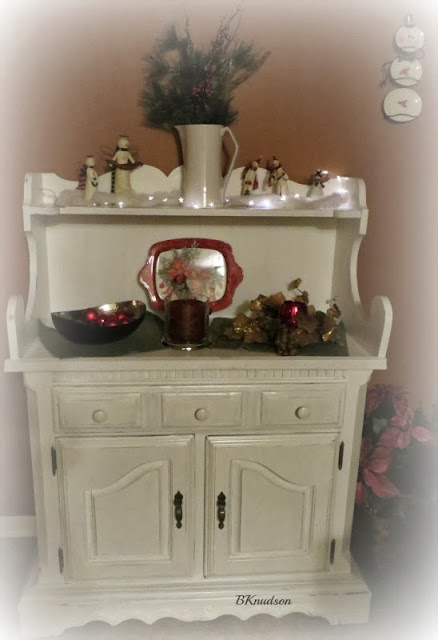 Arrangement on the Kitchen table 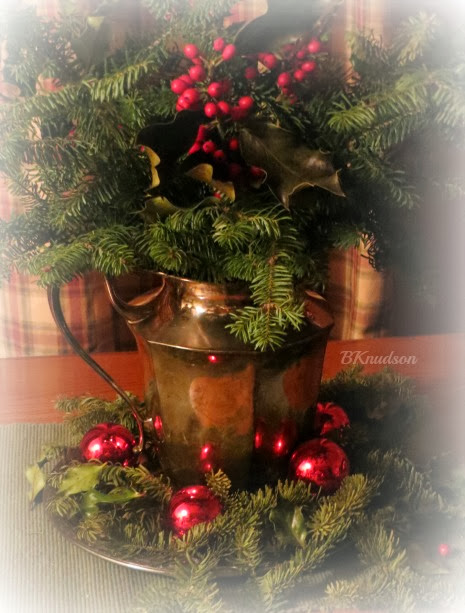 3 of my lighted houses 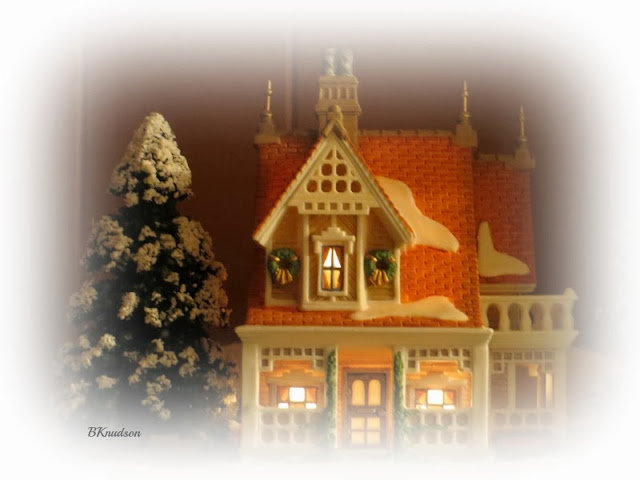 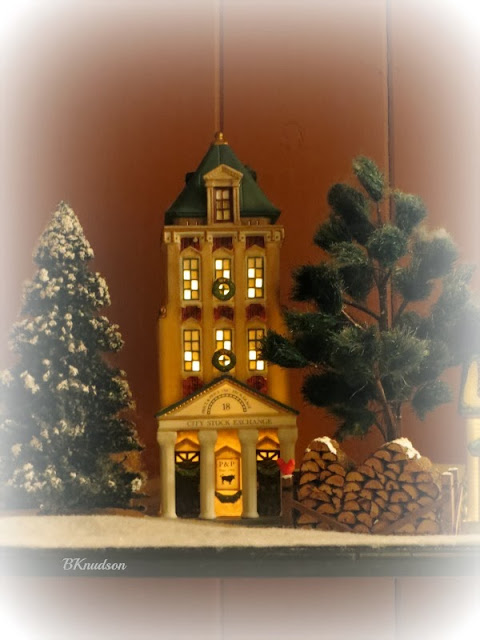 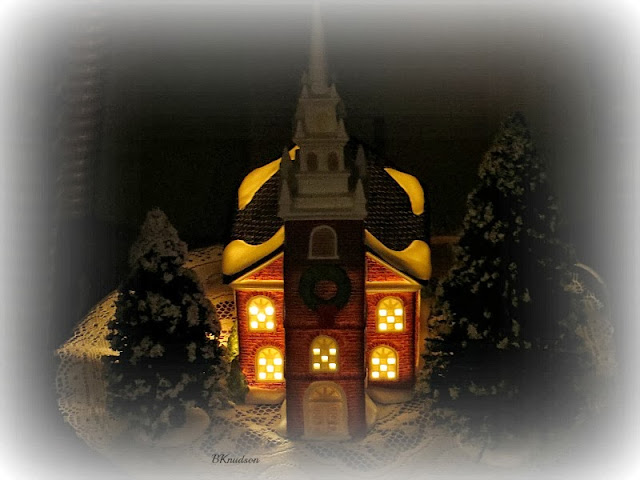 My Nativity  Scene with a drawer as the manger.
Oops. I see one of the trees was tipped over. 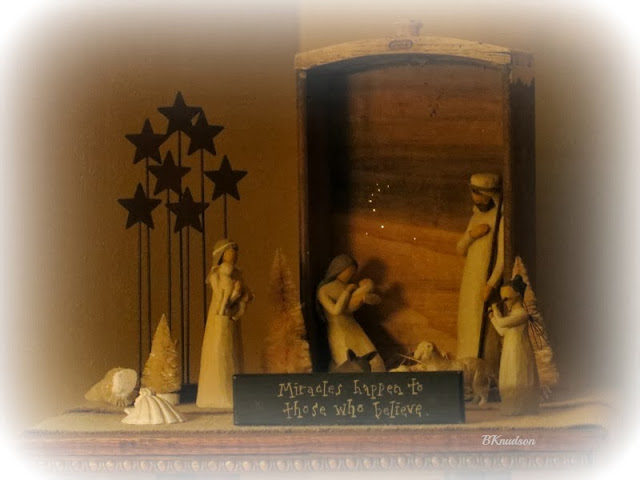 This will be my last post for this year so I want to wish all my followers a Very Merry Christmas and a Blessed New Year.  Thanks for all your kind comments over this past year.  I appreciate every one of them!

Good morning everyone!  Yes, I am alive and well and thought it was about time to post something Christmasy.  I have been so busy.  I spent several days with my daughter over Thanksgiving.  Ever since I got home it's been one Christmas party, dinner, luncheon, tea, etc. Fun but tiring. Today I finally have a day at home so will show you my Christmas tree.  I did a very different tree this year.  I used one of my tall skinny trees and  my lighthouse decorations and some antique ornaments.

This Lighthouse was sent to me from my cousin in New Hampshire.  She got it at a garage sale for $2.00 and knows how much I love lighthouses.  Isn't it pretty. Thanks Cindy! 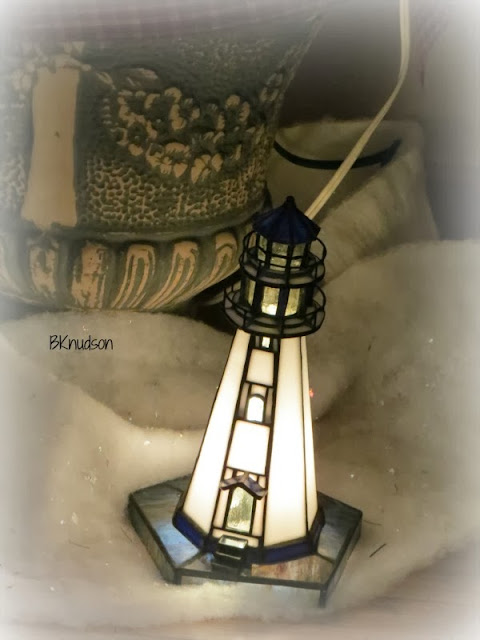 These are a couple of the antique ornaments.  They are from when I was a child so they are really old. 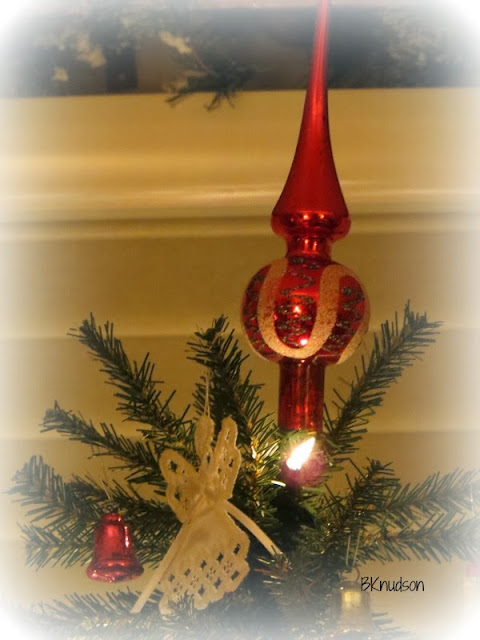 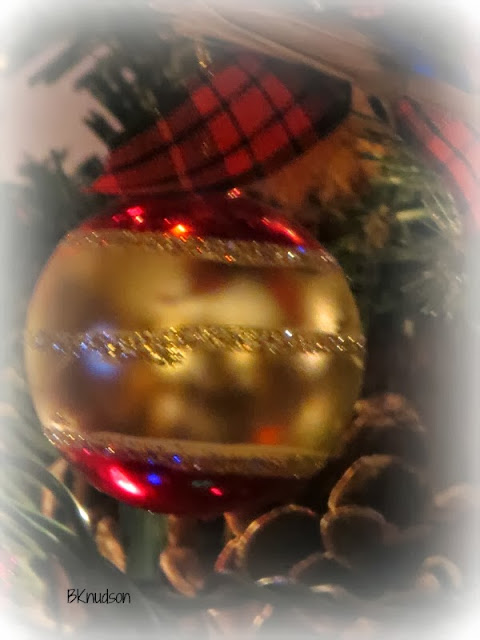 I have been visiting some of you but just have not been commenting.  I hope to visit you all soon.  Thanks for stopping by.  Have a great weekend.  Now I'm off to finish my cards.

p.s.  Don't ask how I got the lights to twinkle.  Google just uploaded them like that.
Posted by Grandma Barb's This and That at 11:03 AM 58 comments: