1. Three years ago today I published my first post.  It amounted to a couple of sentences and no pictures.  I didn't even know how to upload photos.

2. The name of the blog was barbdelldesigns and my cousin Dell was supposed to be my co-author.  After a year or so when she hadn't written a single post, I decided to go solo and changed the name to Grandma Barbs This and That.

3. This is the first photo I posted and nothing has changed.  It looks exactly the same out the window today. 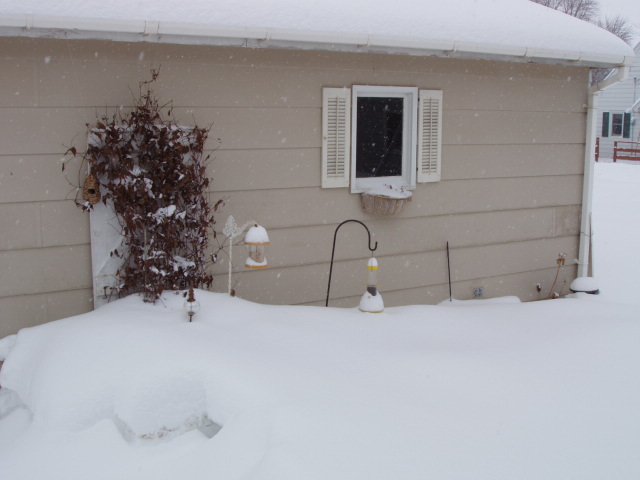 4. I really need to update the looks of this blog and hope to get at that soon.  But I'm not sure what I want it to look like.  Just a new fresh look.

5. It has been such a great experience and I have made so many wonderful friends in blog land.   Thanks to all of you who have followed me since the beginning and all your kind comments and support.  Thanks to all my new followers too.   Please leave a comment so I can follow you back.


Thanks again!  Love you guys!  :-)
Have a great weekend and I'll see you next time.
Barb

Linking to Nancy's Random 5 Friday at A Rural Journey.
Posted by Grandma Barb's This and That at 11:41 AM 61 comments:

We are a hardy bunch here in Minnesota and a lot of us them are embracing the snow and cold.  However I am not one of them.

Here are 5 ways to enjoy the winter here in Minnesota.

3.Visiting the Ice Caves on Lake Superior.  This photo was shared by my daughter.  She and my son-in-law visited the caves on a very cold day.  You can see more photos of the caves here. I hope you will take the time to check out them out.  They are really something to see and it only happens once about every 5 years or so.  Thousands of people have been visiting them every day. 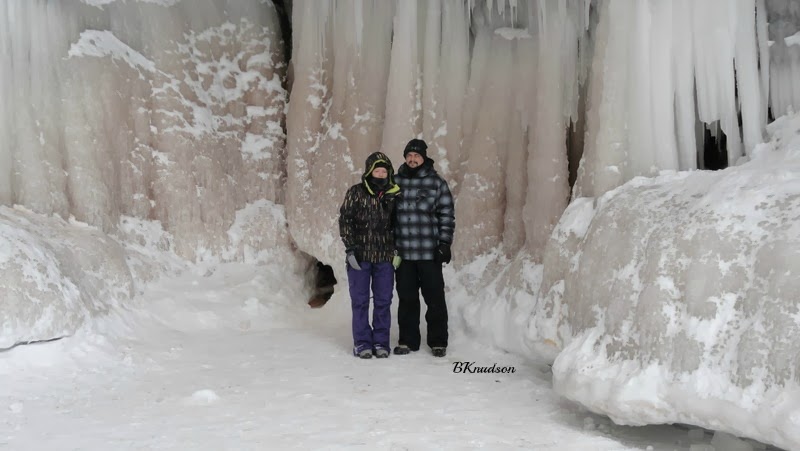 4. Walking in the snow

5.  Or like me, sitting by the fire looking out at the activity

I know many of you are sick of the snow but there are some that are still enjoying it.  Not me.

Sharing with Nancy over at a Rural Journal for Random 5 Friday.

Thanks for stopping by!  Have a great weekend!

See you next time
Barb
Posted by Grandma Barb's This and That at 3:35 PM 58 comments:

Hello everyone.  I hope you all had a good weekend and a Happy Valentines Day.  Someone in my household had a birthday last week and she celebrated everyday by going out to eat with friends and family.  One Friday she went to her daughter's for her granddaughter's Show Choir.  For those of you who don't know what Show Choir is I did a video to give you an idea.  Schools come from all over to compete and it's a big deal.  My granddaughter's choir didn't compete, just did an exhibition because her school was hosting the event.

Here's my granddaughter singing her heart out.  I couldn't catch her with her eyes open 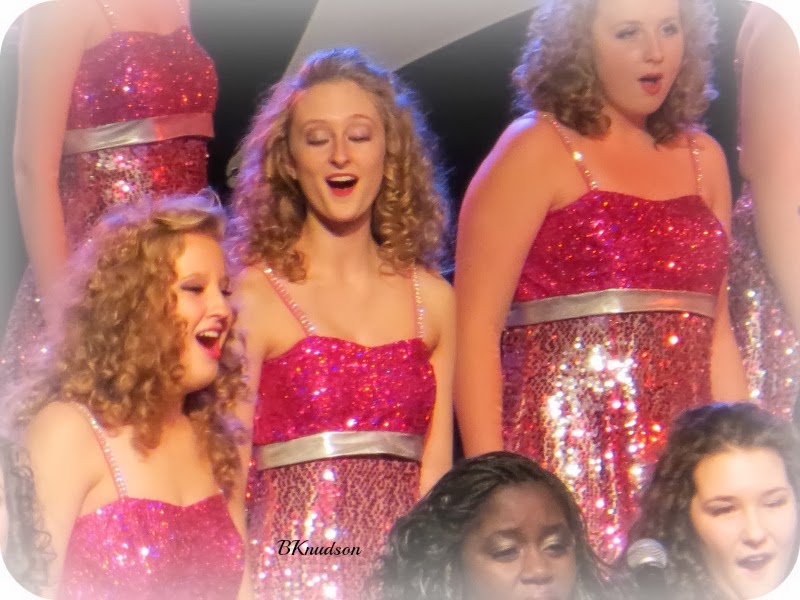 Here's a video of one of their performances. 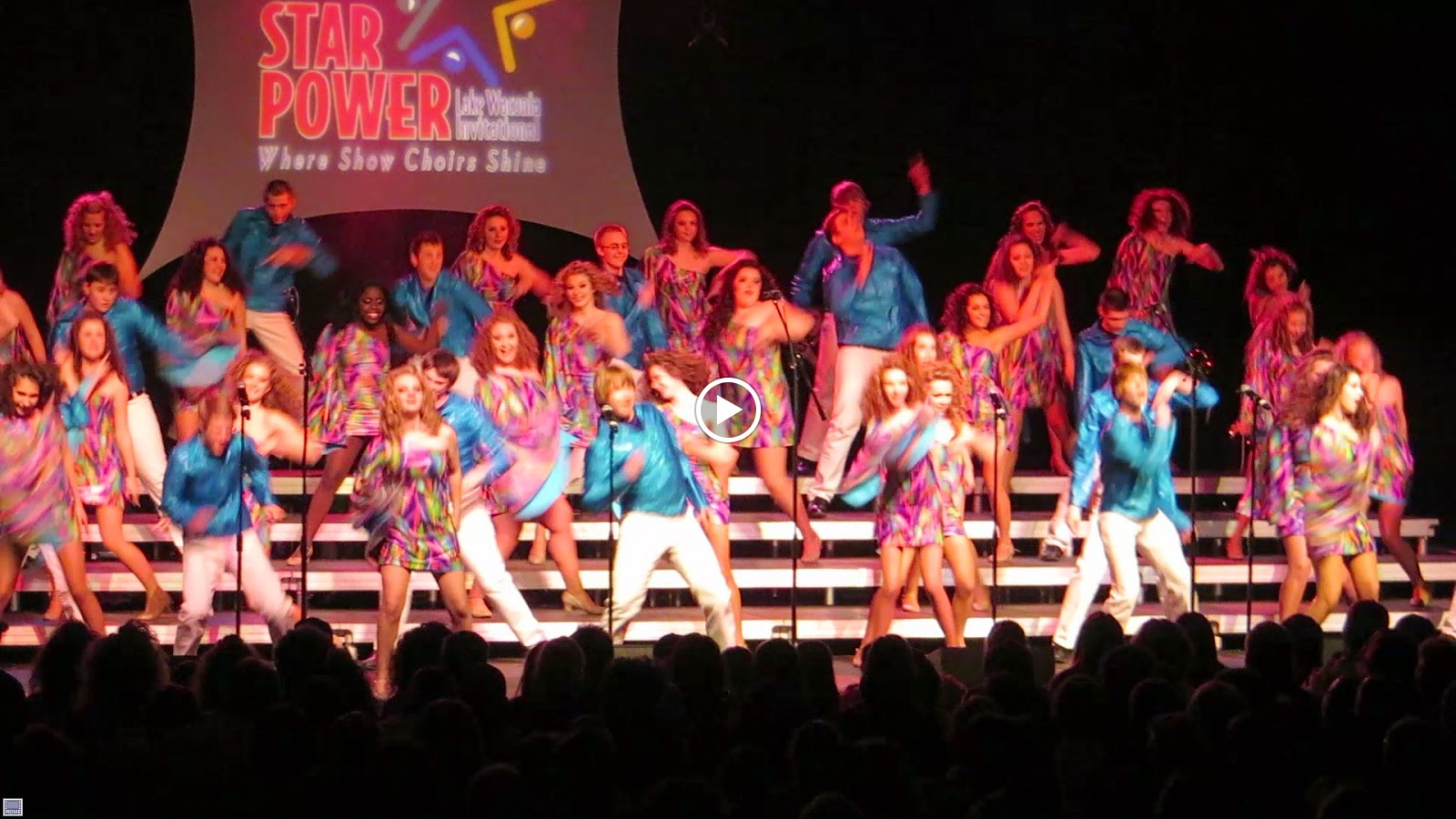 During the performance of the group before my granddaughter's, the fire alarm went off and we had to clear the auditorium and the school.  Everyone was very calm and orderly.  After a few minutes it was announced that it was a false alarm and we all returned to the auditorium

The auditorium was packed with hundreds of people.  You can see those on the main floor and there were that many or more in the bleachers.  At the end of my granddaughter's performance they tossed dozens of balls in the air and asked everyone to keep them in the air. 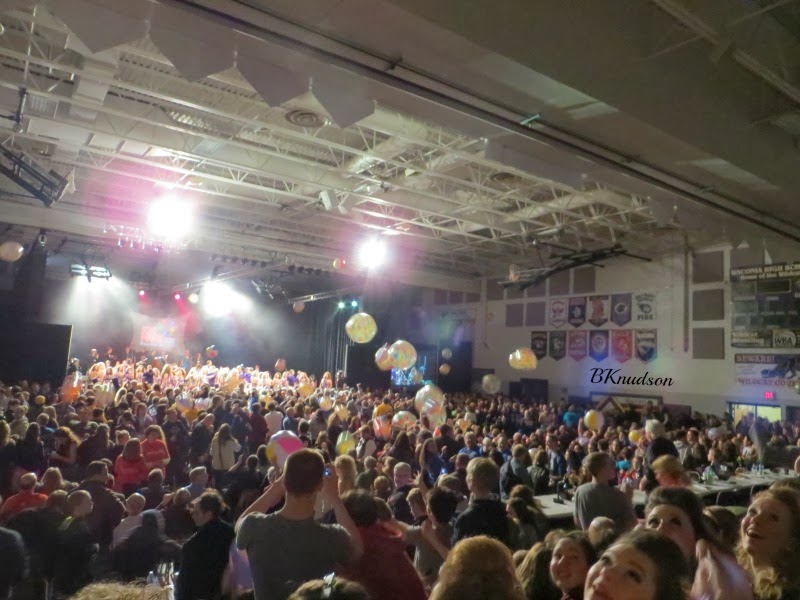 Then they announced the top 6 picks.  After a short break those 6 teams did their routine again and then the winners were announced.  There were 4 teams from Iowa, 3 from South Dakota, 1 from Illinois and several from Minnesota.  The team from Illinois won.  In 2 weeks the teams from my granddaughter's school will be competing in Chicago.

Now you all  have an idea of what Show Choir is

Thanks for stopping by!  See you next time
Barb

Well I guess the video didn't work.  Darn.  I keep getting an error when trying to upload it.
Posted by Grandma Barb's This and That at 4:42 PM 39 comments:

I haven't posted a photo of a barn in ages.  I haven't even been out taking pictures of any in this cold snowy weather.  But when I was at my daughter's for Thanksgiving I found these 3 with barn quilts. 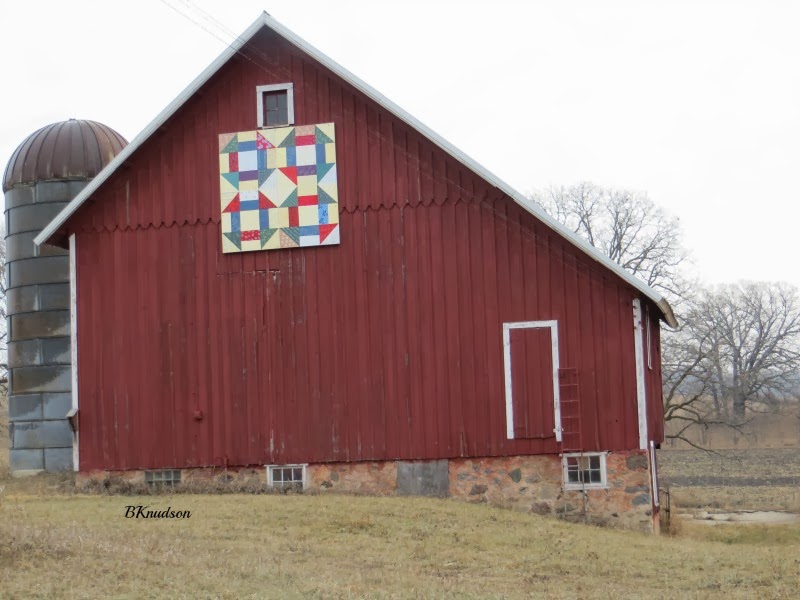 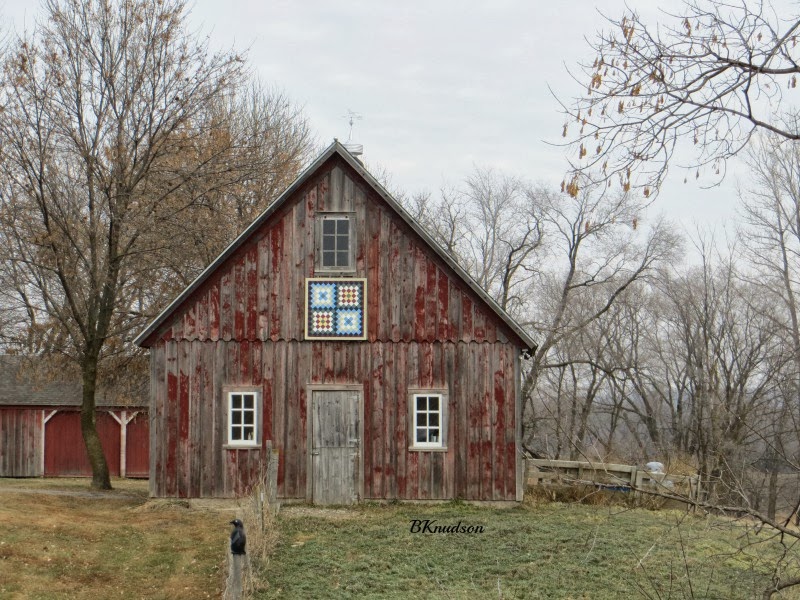 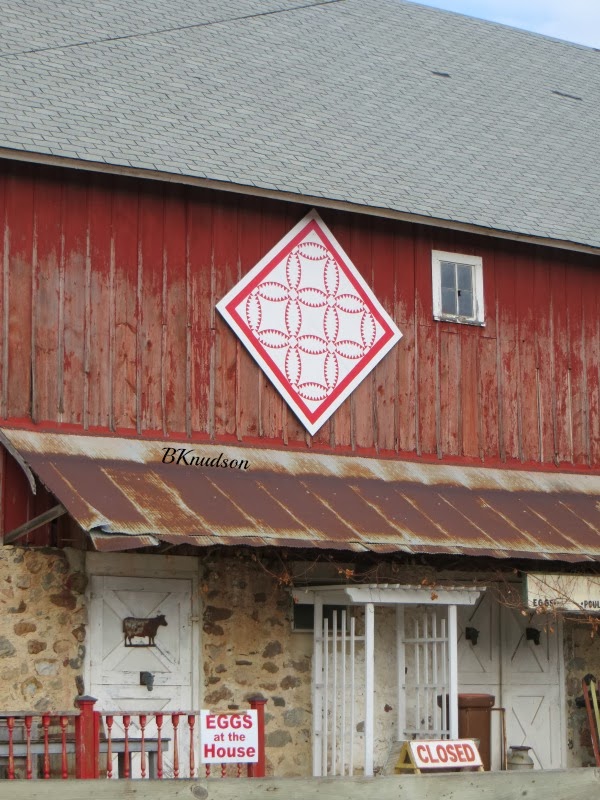 I'll be sharing these with Rurality Blog Hop

Sorry I haven't been around to visit all of you lately.  I'm trying to stay off this computer so I can keep focused on going through my mom's things and cleaning out.  While looking for a bill for her taxes, I started going through my filing cabinet.  I'm happy to say that I found the bill and have cleaned out several file folders.

Thanks for stopping by and all your kind comments on the Frozen Falls.
Until Next Time
Barb
Posted by Grandma Barb's This and That at 11:19 AM 54 comments: