This barn is part of a century farm...meaning the farm has been in the same family for 100 years or more.  A friend of mine and her husband bought it after her grandfather died and no one else in the family wanted it.  She and her husband are keeping it up and using it for weekend getaways and family gatherings.  I took these pictures several years ago one evening when I went to visit them. 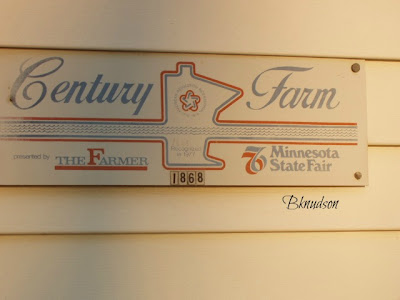 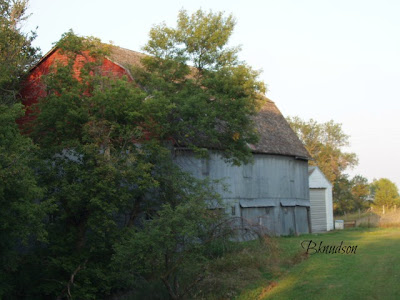 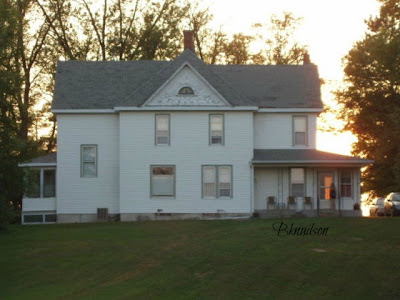 I had a busy weekend and put 477 miles on the car.  I took my friend who has Parkinson's to his daughter's in Onamia on Friday to see his grandsons play football.  They lost their game.  The first one they have lost all year.  Then on Saturday we went to the University of Minnesota football game.  They lost too.  On Sunday  I watched the Minnesota Vikings and they lost too.  So much for watching football all weekend.  What did you do this weekend? 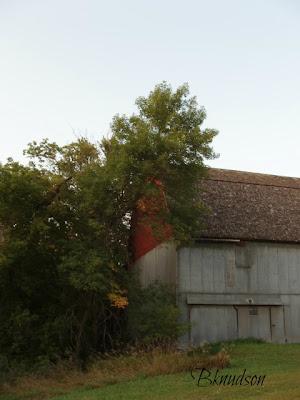 Have a great week and I'll see you next time.

Posted by Grandma Barb's This and That at 9:53 PM

What a lovely place!

sorry about the triple loss! sheesh!

Barb - I fought with my computer and my internet company and finally I won! Too bad all your teams you were hoping for LOST!!!! Oh manh, they all Lost!? Man! Too bad they all lost!

(salt in the wound?) LOL

don't pick the eagles..they lost too.
like your barn charm.

Gorgeous farm, and what a wonderful friend you are! I remember what it's like not being able to drive and you gave your friend such a tremendous gift by taking him to his grandson's football game!

They may have lost the game but, and your friend, are true winners. *hugs*

The red on the barn adds a perfect touch of colour.

Nice farm- and how grand that it has survived 100 years! Sorry all your teams lost.

How nice that this old farmhouse is being kept up! It's very charming. Football does not excite me...but the hubs loves it! Our neck of the woods are Ravens/Steelers fans being on the Pa/Md line!

That is one big beautiful farmhouse. Sorry to hear about the games.

From where I sit I'd say you are a winner!

What a beautiful old barn and farmhouse--they are gorgeous! Thank you for sharing the pictures, and sorry your teams lost this weekend, but there's always next weekend, right? :) It was so nice to hear from you over at my blog today--glad that you enjoyed the apple tree post!

Isn't that amazing that the barn has been in the same family for sooo long! What's just awesome!
My dad's side of the family have a house that's been in their family for somewhere around 70 yrs or so, so they're well on their way.
Beautiful barn & farmhouse... it's very good to see they're still being taken care of!

Beautiful images and what a wonderful gesture of kindness!

I don't need any rides to any football games ;))))

A fantastic old barn! I like the farmhouse, too! Nice place!

Bad weekend for football! I'm sure your passenger enjoyed it all the same. Love that barn and glad I don't have to clean that giant old farmhouse!

It is wonderful that they have kept the farm in the family. I planted pansies, grass, painted, and generally goofed off with Joe:}

I watched the Detroit Tigers this weekend...and they won. Love that centennial farm..its nice to see that some of our heritage is preserved. Take care, Janice

Beautiful barn and farmhouse! I know your friend appreciated you taking him to see his grandkids play.

This is such a pretty place. That is a marvelous house and barn!

Janice I finished my M.Album for

my friend who I posted on my

It was a different one I did.

Task done but I love doing them.


Have a nice Day.