My cousin, Janice, from Colorado picked me up and we left for New Hampshire on Tuesday, Oct 11th.  The first day and a half was pretty much driving except for gas, food and sleeping.  Our first real stop was in Sandusky, OH to visit the Marblehead Lighthouse.  It was raining and the Lighthouse wasn't open, but we walked around the grounds and took some pictures.  The lighthouse was built in 1821. 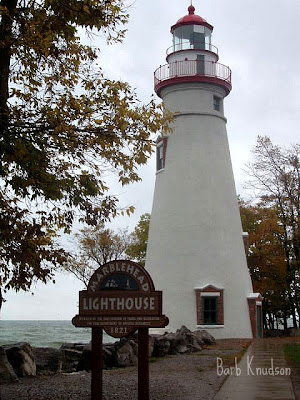 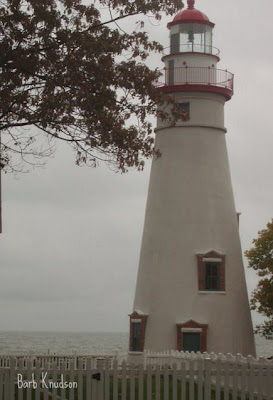 This was the keepers house. 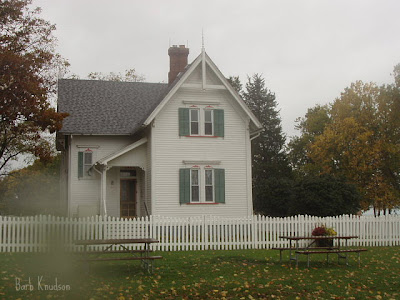 This was the garage.  Look at all the leaves on the ground and the rain drops on the camera lens. 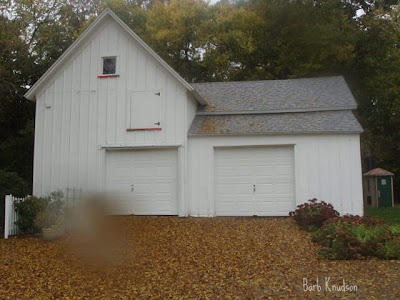 From there we drove to Fireland Winery for some wine tasting. 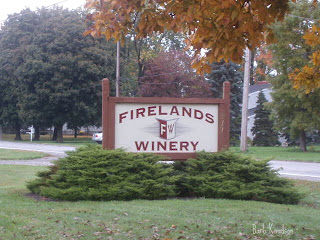 After a few tastes and a couple of bottles to bring home, we continued on to the Vermillion Lighthouse in Vermillion, OH.  The Lighthouse is an exact replica of one that once stood there. 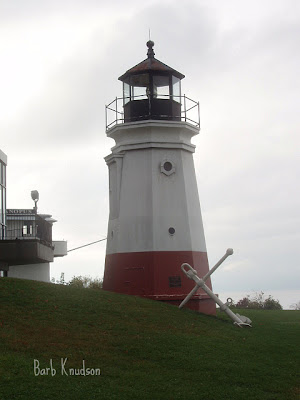 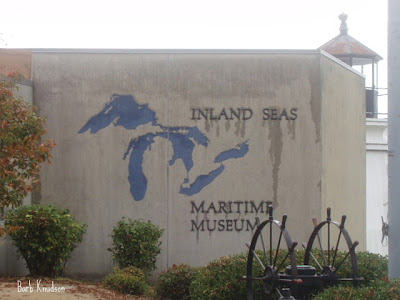 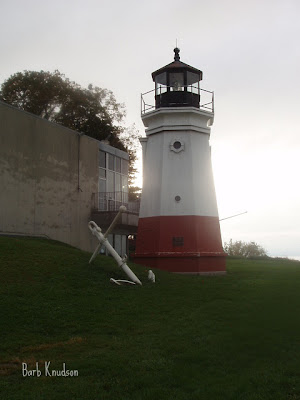 After spending the night in Vermillion, OH we drove the rest of the way through Ohio and part of New York.  There were a lot of neat old barns along the way that I would have liked to photograph but going 70 mph down the freeway and no place to stop didn't allow for it.  I did get a few later in the trip and will post those later.

The next day we drove the rest of the way through Ohio, along Lake Erie, across the Northwestern corner of Pennsylvania, and on into New York.  There was quite a lot of fall color there but it was so cloudy and rainy that it didn't show up much.  Here are just a couple of pictures at a rest stop in New York. 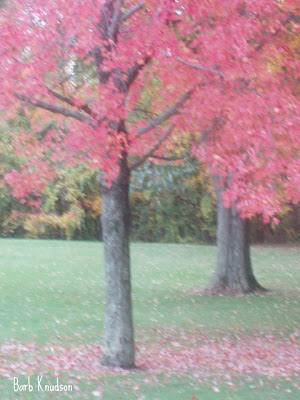 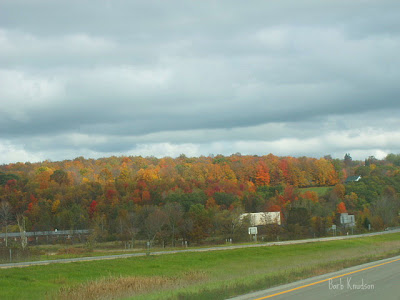 After spending the night in New York, we continued on to Massachusetts  and New Hampshire.  We had planed to take the scenic route through Vermont but it was raining so hard we decided to stick to the freeway for faster time.  We arrived at Cindy's in New Hampshire mid after noon on Friday, Oct 14th.
Saturday dawned clear and cool so we went to the beach at Hampton, NH.  We stopped to pick up Mike on the way.  This is Mike and Cindy. 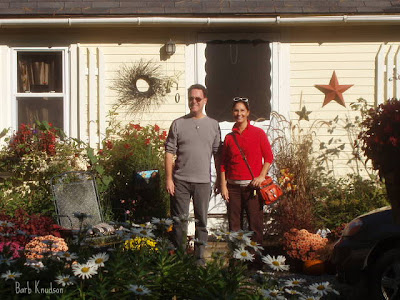 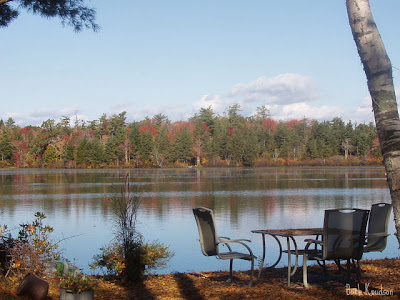 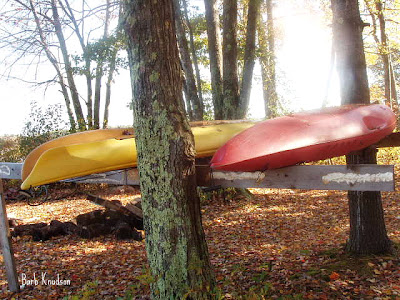 Now on to the beach where there were many surfers. 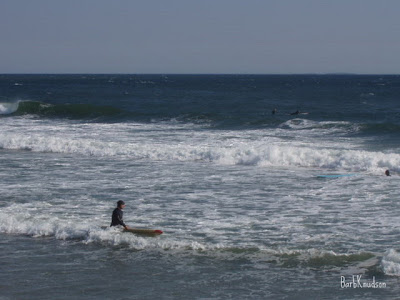 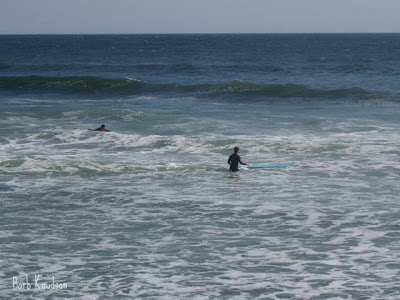 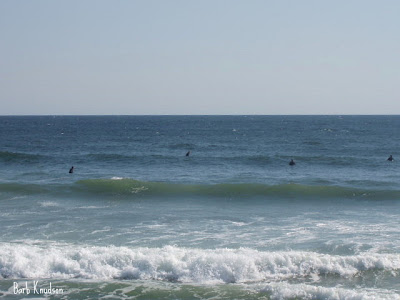 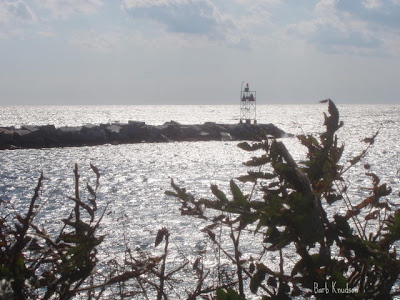 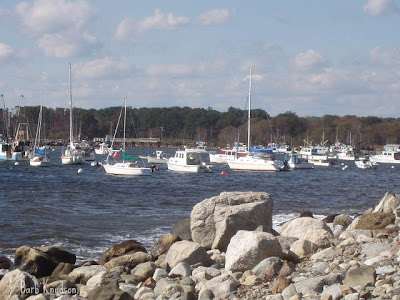 Mike found two buoys on the rocks.  And Cindy found something interesting to photograph. 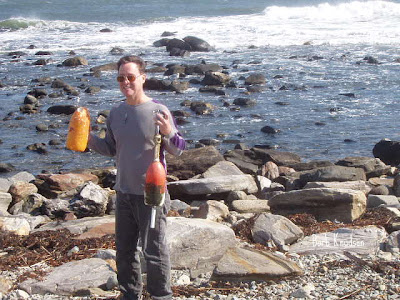 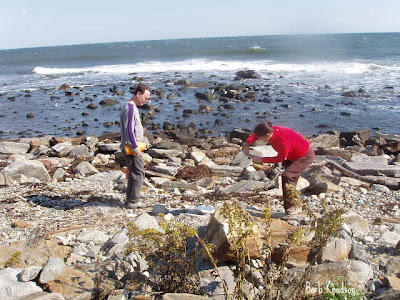 Then it was time for lunch.  We stopped here first so Cindy could get some fried clams. 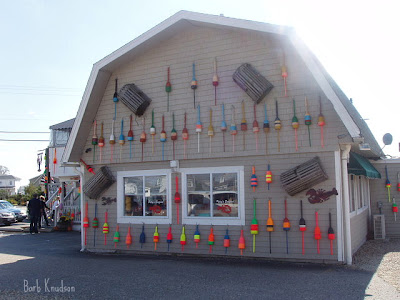 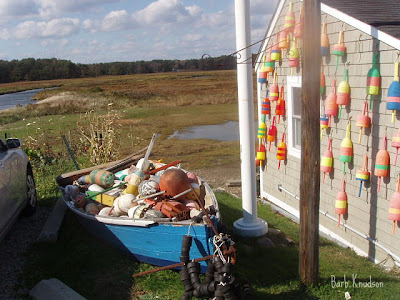 Then we drove to this place where everyone said had the biggest and best lobster rolls. 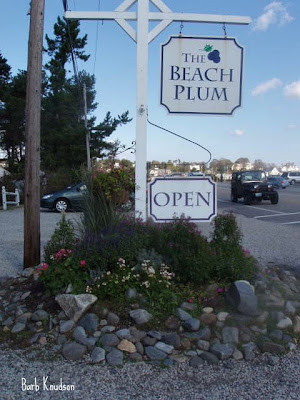 And believe me they were!  This is a foot long lobster roll that Janice and I shared.  We were so full afterwards, but not so full that we couldn't have some of their delicious Almond Joy ice cream. 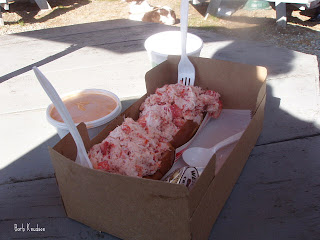 We had such a good time but it is good to be home.  I've missed all of you and am trying to get caught up on all you've been doing.  Looking forward to hearing from you.
I will be posting more pictures of our trip in a couple of days.
Barb
I'm linking up to Outdoor Wednesday at A Southern Daydreamer
Posted by Grandma Barb's This and That at 9:06 PM

Hello Barb,
I enjoyed seeing all your photos! It's too bad it was raining the day you visited the Marblehead Lighthouse, but I think your pics turned out pretty good, anyway! Especially that first one. Looks like you saw a lot of pretty color along the way, too! I'm glad you enjoyed my pics of the Indian Mill.
Cindy (in Ohio)

It sounds like you had the kind of vacation DH and I like. There is just something about lighthouses that we find interesting to explore and photograph.

It's too bad about all the rain. The fall color still looks wonderful, though.